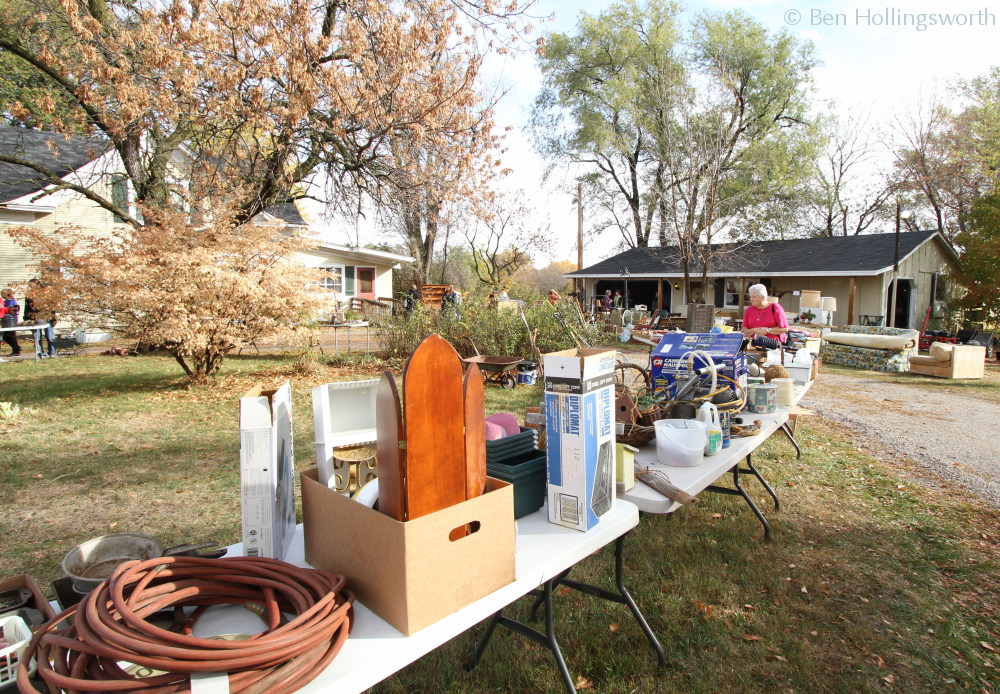 The last of my grandparents passed away 15 months ago.  They lived on the same farm for 73 years, so you can imagine how much stuff had accumulated.  After much sorting, pitching, and planning, we finally held the estate auction this weekend.  We learned a few things the hard way, and I wanted to spare the rest of you some pain.

Of course, when I say, "we," I mean primarily my parents.  My dad is the only one of their three sons still here in town, and still lives in a second house on that same farm where he grew up.  I also live in town, though, so I got to witness the process first hand.

The auction was scheduled for a bye week in Nebraska's football schedule, because any time you go up against a football game around here, you're going to lose.  It rained hard the night before the auction, but stopped just in time to start setting up at 6:30am.  The weather was gorgeous all day at the farm, but I'm told it was still raining elsewhere in town now and then.  Around supper time, after everything had been cleaned up and put away, it started raining again at the farm.

We chose Vandertook Auction Co based on the recommendation of some friends who knew them.  The people were nice enough to work with, but after all was said & done, we were a little disappointed in how they handled a few things.  We certainly wouldn't recommend them to anybody else.

* Family can't remove item from sale once it's purported to be on web site... even if it's not actually there.

* Not advertised well.  Couldn't find listing in local newspaper or Craig's List.  Many large items sold for gut-wrenchingly low prices due to the very low turn out.

* Advertised on their own web site that they'd be selling cars & machines at noon, but then sold them at 10:30am.  Several buyers showed up too late.

We later were told by others that estate auctions aren't for making money, they're for liquidating stock.  It hurt to see some items go for such low prices, but at least we didn't have to deal with handling buyers for each individual item on Craig's List.

A friend who attends many auctions told us after the fact that the best auctioneer around southeast Nebraska seems to be Ford & Ford, with everybody else fighting for the scraps.  I wish we'd known that a couple months earlier.

It was weird to see so many memory-laden items walking off with strangers who had no knowledge of (or even interest in) their history.  Some of these things had been in our family for 150 years... and now they're not.

Have any of you ever held an estate auction?  Do you attend lots of them looking for deals?  What have you learned in the process?
Posted by Obi-Wan at 8:00 PM