A lot has happened in the 18 months since I last wrote about our plans to build a new house on our 3-acre lot just outside town.  A lot of things changed during that time, and we think we're going to be able to see it through to completion this time.

When last we left our heroes, they were trying to reconcile the functionality they wanted for their new house with the builder's price estimate that was significantly above their budget.  Then life got weird for a while, so the new house got pushed to the back burner.

First, we got blindsided by an unexpected financial setback that made even our previous budget unrealistic.  Several months later, a partial resolution to this setback left us still hurting, but not as bad as we were initially. 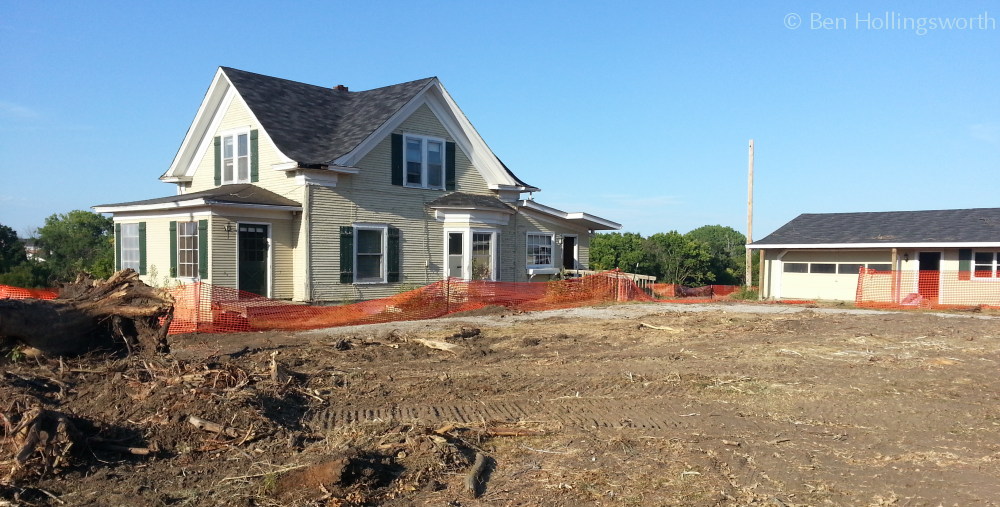 During our hiatus, my parents moved away from the farm that had been in our family for 75 years.  My grandparents' old farmhouse (left) was demolished in the process.  Virtually all of the great trees on the property were leveled to make room for high density condos, and we had to leave them behind because we couldn't transplant them to our vacant acreage without any way to water them.  I was, however, able to scavenge a lot of architectural stuff from my grandparents' house that I hoped to use in our own farmhouse someday. 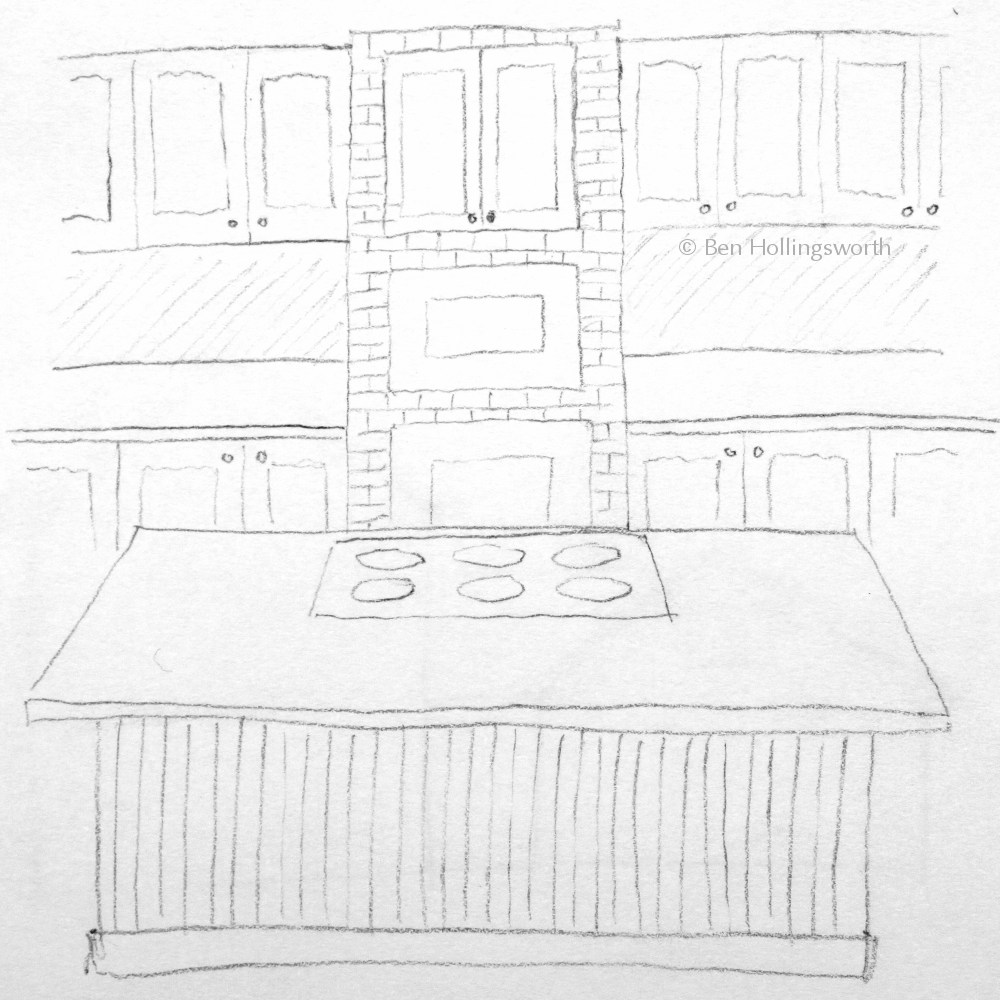 While we were sorting out the financial issues, and while we still thought we needed to downsize, I spent a lot of time sketching house plans and house features that were significantly different than our old plan, but still in the 100-yr-old farmhouse style.  It was an experiment that was sometimes fun and sometimes frustrating, because I never could get a complete package that we liked.

We even started looking around at existing homes on different sites, hoping to find one that we liked well enough to just buy and move into.  Pre-owned homes are a heck of a lot cheaper than new construction with the same floor plan, so this would be a great way to save a huge chunk of change.  We never did find anything suitable, though.  Several places were close, but there was always one deal breaker.

With all the problems we were having, I started wondering if maybe this was God telling us that building a new house wasn't part of His plan for us right now.  That's certainly not what we wanted to hear, so until that point became abundantly clear, we pressed on.

Some difficulties that our oldest child was having at the private school he was attending made us decide to move him to a public high school next fall.  If this goes well, our younger kids will probably follow him when they hit high school.  Our decision wasn't primarily financial, but that was still a consideration.  We spent about $18K in tuition this past school year, so freeing that up will make a big difference in our ability to build the new house.

With the financial issues finally taking a turn for the better, we decided to go back to our initial house plans and just tweak them a little.  We called our architect, only to find that his job had changed in the year and a half since we'd last spoken, and he was no longer able to work with us (even though we'd already paid him everything he'd asked to eventually give us a full set of drawings).  Oh well... we were pretty close to what we wanted, and could probably get by with just an inexpensive draftsman to give us the final drawings.

A week after that news, we learned that the builder we had been talking with all along had recently retired.  So, not only did we not have final plans, we didn't even have a builder to use!  Back to the drawing board there, too.

By visiting the local Parade of Homes and talking with friends, we compiled a short list of three builders that we knew did good work.  Some quick back-of-an-envelope math tells us that they all should be able to do quality work on the size of house we've got drawn up and still fit our new budget.

We're meeting with all three of them this week, and hope to finally break ground by mid-Summer.  Life for us is going to get rather interesting really fast.  I'll try to keep you readers updated on our progress as it happens.
Posted by Obi-Wan at 8:00 PM