Easing the transition to our new place 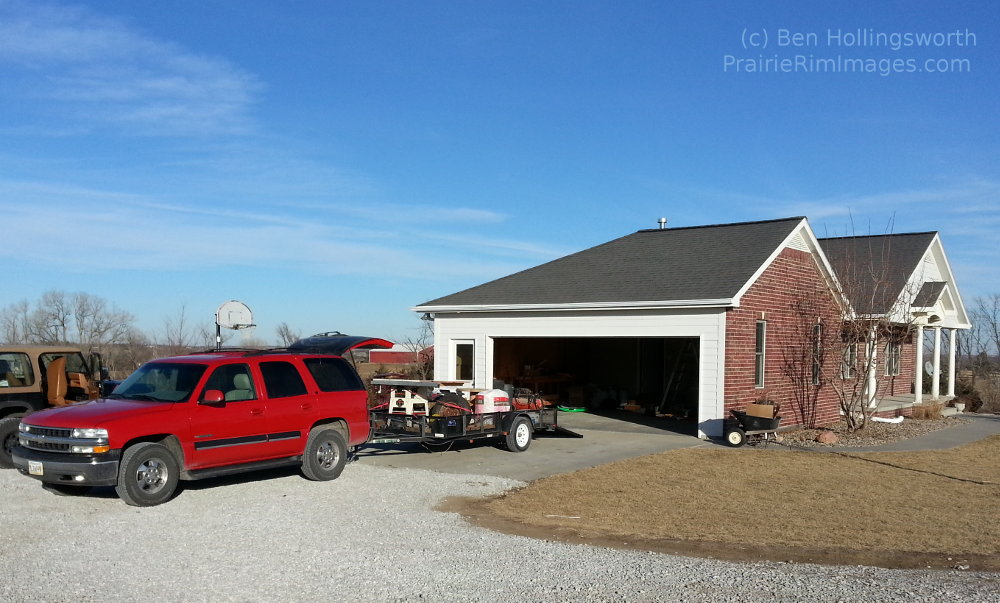 After what felt like the longest four weeks in recent memory, we finally closed on our new acreage on Friday.  We spent our first day at our new place on Saturday, mostly just nailing down our to-do list for the coming weeks before we move in.  The whole selling process has been very easy, thanks in no small part to the great relationship we've developed with the previous owners.

As a hard core DIY guy, I like to know as much as possible about my home.  I'm not just talking about the current shape of it, but also the history of how and why it got to it's current state.  That's pretty hard to figure out on your own, so as soon as our offer was accepted on this new house, I wanted to get in touch with the seller (the only owner in this house's short history) to pick his brain about the place.

Even though I'd already found his name & phone number off the Internet, the realtors were very hesitant to give me his email address.  I think that's partly because their industry thrives on establishing themselves as the only resource you have for buying or selling a home.  I think they're scared that if the buyer & seller actually make personal contact, they'll circumvent the realtors and cheat them out of some of their commission.  I really hate that.

Fortunately, they relented, and I found that the sellers were a wonderfully friendly family that were genuinely excited to transfer their knowledge to a new family that really cared about taking care of their house.  Over the next month, I spent several hours talking with them about all sorts of house stuff.  This home buying process felt much less like a real estate transaction and more like handing off the baton to a friend.

We closed on our new house on Friday, and the sellers closed on their next place the same day, which made for some hectic scheduling on their part.  Then spent all of Friday moving their stuff out of our house and into theirs.  When we arrived on Saturday morning, they were out of the house, but still had stuff in the garage and out buildings, but they got the rest of that cleared out before the weekend was over.

I know some people would be upset at not having the old owners out of their way the minute they signed the paperwork, but that's just now how we are.  The whole transition process was so much better for both parties thanks to the relationship we'd established, and that was well worth going a little out of our way.  We loaded some of their heavier stuff onto our trailer and took it over to their new place for them on our way back home.  They left us a few valuable freebies that we weren't expecting.

A little common courtesy goes a long way in just about any situation.  It's surprising that more people don't apply that when buying and selling a home.
Posted by Obi-Wan at 8:00 PM